As of yesterday, I’m now a married man. Things went off excellently, and I’m now married to who I consider to be the most wonderful woman in the world.
As previously mentioned, I’ll be a bit out of the loop for the next few weeks due to being on my honeymoon.

If there’s anyone who reads my blog and is in the following areas over the next few weeks:

and wants to get together for lunch and PGP key signing, I’d be happy to meet up. I can also do CAcert assurance, if people are interested. Let me know by email.

I’ll be blogging lightly, if at all, until mid-July — I’m getting married in 8 days, then traveling to Europe for my honeymoon.
Wish me luck!

Anyone know of any resources to trace the history of an M1 Garand based on its serial number?
I have a Springfield Armory M1 which, according to what I can tell, was made in 1950 and eventually made it into the hands of the Greek Army, from which it was later returned to the US and eventually into my possession.
I’d really like to get a bit more details on it, so as to better appreciate its history.

The ex-hacker, Adrian Lamo, said Spc Manning “boasted” to him about passing the helicopter video to WikiLeaks.
Mr Lamo said Spc Manning claimed to have leaked video footage showing an air strike in Afghanistan in July 2009.

Mr. Lamo then informed the (unnamed in the article) authorities, who arrested Spc. Manning. I can’t really fault Lamo for reporting Manning, as he would likely be considered jointly liable (Conspiracy to reveal classified information?) if it was found out that he didn’t report Manning, particularly with Manning allegedly being so absurdly stupid to brag about posting on Wikileaks.
If one is going to post stuff to Wikileaks, do so privately (they offer a Tor service, for example) and then don’t talk about it. The entire purpose of leaking files securely and anonymously is defeated if you talk about it.

Back when I lived in California, I was always surprised that the state required registration for handguns, but not for rifles and other long guns. Of course, I thought it was ludicrous to have any registration at all, but still, the thought of a partial registry seems particularly dumb.
Of course, the California legislature wasn’t satisfied with their partial registry, and so the creeping hand of government advances a bit with AB1810. The NRA has this to say about it:

AB1810 was passed by a 42-29 vote. In short, this bill would establish a registration system, similar to the one currently in place for handguns, for all newly-acquired long guns.? Under AB1810, the make, model and serial number of the firearm as well as the identifying information of the purchaser would be recorded and kept on file by the California Attorney General’s office.
If AB1810 were enacted, violent criminals would continue doing what they do now – obtain firearms through illegal means.? This bill would not decrease crime but will rather have disastrous effects on the already financially unstable Golden State.? AB1810 would impose additional burdens on California’s taxpayers to maintain the registration system as well as on the state’s licensed firearms dealers, small businesses who already deal with extensive business requirements.
One simply needs to look at Canada, a nation with draconian firearms registration, to see the results – billions in cumulative administrative costs, annual cost overruns, no clear substantiation of public safety benefits, unjust prosecution, and a bureaucratic complexity that daunts those willing to comply.? Ironically, California is considering a new registration scheme as Canada is considering doing away with its system.

I couldn’t say it any better. Hopefully this gets killed in the state senate and, if not, the governor vetoes it. While Arnold isn’t exactly a staunch ally of gun owners, he’s vetoed dumb anti-gun-rights bills in the past so it’s not unlikely he’ll veto this one.

It’s an oft-used cliche that anti-gun-rights people are fixated on the relative size of men’s…ahem, packages ((I still have yet to understand why this is the case, as essentially all of the gun owners I know personally, both male and female, seem to have satisfactory sex lives with no complaints about penis size. How did this cliche come about?)). This is usually phrased in a way similar to “Gun owners have small penises, and thus own firearms to compensate for this shortcoming ((Pun very much intended.)).”
However, an online comment on a recent article in the local rag proposed an interesting approach to self-defense:

I don’t need to carry a gun everywhere I go. All the real men in my family have a real penis.

My reading of this comment is that, due to its magnitude, the commenter would be able to fend off a criminal attacker with his (( Based on the posted name, the commenter is male.)) penis. I admit this is a rather novel idea, and one I haven’t considered before. This might be plausible, as several gunbloggers (including myself and Robb) are known for not liking pants. Intriguing. I would consider experimenting with such a tactic, but I’m a bit deterred by potential public indecency charges that such…uh…”open carry” might lead to. I think that it might be wiser to keep the junk and the gun concealed (or perhaps the gun carried openly, based on the situation and the weather).
On a more serious note, unless one is attacked while naked by an extremely self-conscious criminal, it’s unlikely that the size of one’s wibbly bits will have any bearing whatsoever on the outcome of a violent confrontation. It’s probably far better to rely on training and weapons designed for the purpose. To quote Breda, “Carry your gun – it’s a lighter burden than regret.”

Anyone in the Phoenix/Tucson area want to get together for lunch and a PGP keysigning party? It’s been a while since I’ve participated in one, and it’d be fun to do one.

To those who served, and fought, and fell:
Soundly rest. All is well. 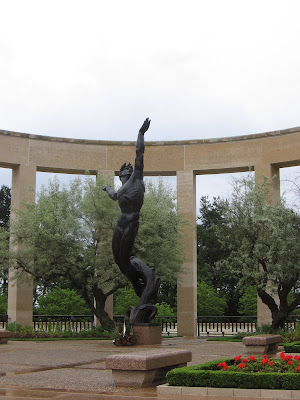 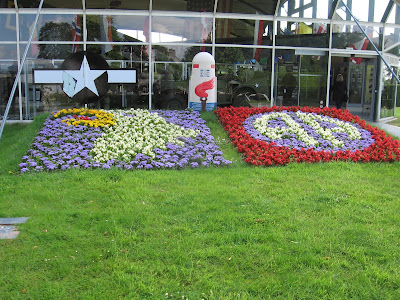 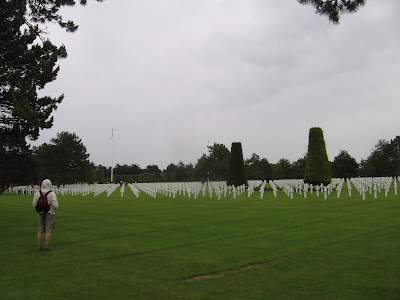 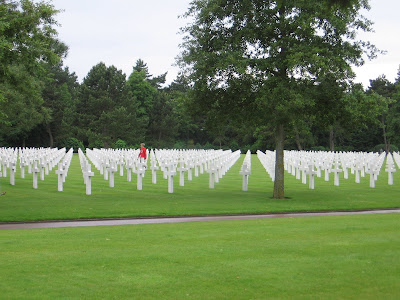 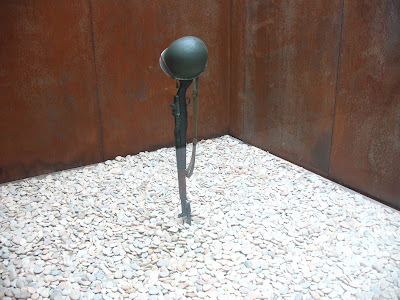 There are still those who remember.

Having just moved to my?fianc?e’s condo, I had to sell my Cannon safe (( Yes, I realize it’s not a terribly secure safe, even if it looks fancy. In the future, I’ll stick to cheaper ones with equal security until I can afford (and the floors can support) a proper safe. )).
For now, though, things look a bit like like this:


…only without the machine guns.
It’s the mark of a well-balanced, tolerant household — or at the very least, an interesting household — when nobody is the least bit perturbed (or, indeed surprised) to have a silencer and a few loaded AR-15 magazines on the coffee table, a Mossberg 500 propped up against the chair off to the side, a box of .22 next to the TV, and an AR-15 next to the couch (where it was resting before the?fianc?e?wanted to watch TV and moved it). Granted, we don’t have any kids, so that’s something we don’t need to worry about. (For those who are interested, everything’s lying about because I had been taking everything out of the padded gun cases, putting the cases into the closet on the porch, and making room for things in the lockable closet — it doesn’t normally look like a room in which a squad of soldiers is gearing up.)
I’m marrying a wonderful woman. 🙂