Long time, no post.
The results are in: I was accepted into three graduate schools: the University of Oslo in Norway, and the Universities of Zurich and Bern in Switzerland.
All are fine research institutions, but I ended up going with Bern, as it combined excellent research with a much more reasonable cost of living than Zurich or Oslo. We’ll be moving at the end of July.
In short, I’ll be spending the next two years of my life at a place like this: 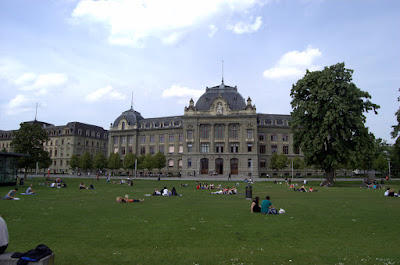 Well, not quite. I’ll actually be in the science building, but it’s right next to the fancy old university building. I’ll probably be in the basement, though. Oh well. 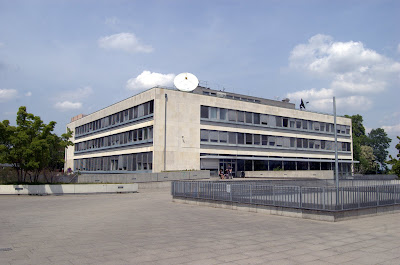 It looks a lot nicer on the inside.
Alas, as the Swiss are nearly universally excellent shooters, it’s unlikely that there’ll be any need for me to introduce new shooters to the sport. Oh well. All the New Shooter Ammo Fund ammo is marked and store separately here in the US, so it’ll be available for teaching new shooters when I return to the US.
While the Swiss do permit me to import firearms for personal use, there’s a nominal bit of paperwork involved and I don’t want to deal with the hassle during the main move. Perhaps I’ll get the guns when I come back for holidays or something.
Much of my time in the next few months will be spent preparing for the move, so posting may be lighter than usual (amazingly enough).
I know it’s been a while since I last posted, which is mostly due to living in Arizona (arguably the least-restrictive state in regards to firearms laws, which makes things really boring when it comes to writing about firearms-related legal developments) and not having the time or money to get out and shoot as often as I’d like. Hopefully after moving to Switzerland, I’ll have a bit more opportunity to shoot. We’ll see.