Just heard back from the last graduate school I applied to. Unfortunately, their response was negative.
Any of my gentle readers happen to have any contacts for potential employment for a physics major in the Phoenix area?

Until the latest version of Ubuntu Linux comes out.
I’m already using the release candidate on both my desktop and laptop and everything seems to be going well. The betas were, as expected, buggy, but the RC seems to do well. There’s usually a dozen or so updates released daily, but that’s hardly a problem, and normal for pre-release versions as they iron out the kinks.
First impressions:

All in all, it looks pretty nice. Many of the interface and usability quirks have been worked out, though I’m still not a fan of the default theme. So far, no major issues to report, but I’ve only been using it for a few days.
While it’s unlikely that Linux will displace Windows in the desktop market in the foreseeable future due to Windows’ huge network effect, Ubuntu is maturing quite quickly, and I suspect it will soon be the de facto standard for desktop Linux (something which is really important to many developers). It’s very nearly to the point where I’d have no problems recommending it to my mom.

I just installed new front brake pads on my car. In the event that I don’t post for some time, it’s likely that a fiery, brake-related catastrophe has befallen me.
Additionally, I snicker every time I go into the auto parts store and see “ATF”. “Automatic Transmission Fluid” is not the first thing that comes to mind…

I was recently summoned for jury duty ((Why anyone would want an educated, ex-military, libertarian, gun-owning physics student on their jury is beyond me, but they sure love summoning me.)). In the paperwork, I noted that they prohibit weapons beyond a security checkpoint. As this is a courthouse, I have no problem with such a prohibition.
Still, I wanted to be sure I could legally carry up to the checkpoint, so I gave them a call. It went something like this:

Operator: “Jurry Commissioner’s office. How may I help you?”
Me: “Hi, I was recently summoned for jury duty and in the paperwork, I noticed that weapons are prohibited past the security checkpoint. Is there a place to check legally-carried weapons prior to the checkpoint?”
Operator: “Yes. That’s not a problem. We have plenty of lockers to hold privately-owned weapons for jurors.”
Me: “Excellent. Thank you.”

Not only is the lawful carriage of arms commonplace here, but even the courthouses have lockers to store firearms prior to the checkpoint. I seem to recall there actually being a law about this, as I saw similar lockers at the Motor Vehicles Department, but I can’t recall what specific law that was…
I love the fact that I can make a call regarding the storage of privately-owned weapons and get a simple, factual response. No assumption that I’m a police officer (as has happened a few times at the airport when checking guns), no questions of “Why would you bring a gun to a courthouse?”, or anything else along those lines. 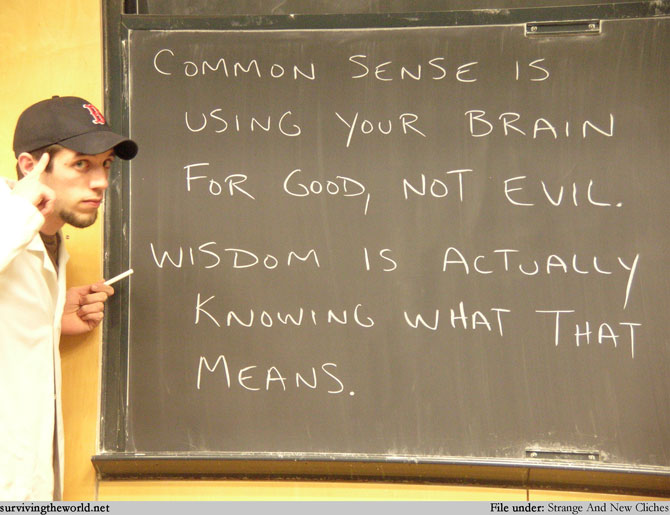 This comic copyright by D. Shepherd, used with permission.

Gun safety is remarkably easy. Unfortunately, there’s a fair amount of people who Just Don’t Get It (( For example, the guy who went out to the National Forest to shoot with his family. He brought along his wife and several young children (say 5-10 years old. None of them had hearing protection or eye protection, yet were shooting various firearms (ranging from .22s to .410 shotshells to 12ga shotshells and 7.62x39mm rifles), all within a few feet of the kids. Don’t forget the chain-smoking either.)).
Don’t be those people.

Do any of my gentle readers happen to know of any decent safe-moving company in or around Chandler, AZ?
I have a 620lb Cannon C23 gun safe that I’ll need to be moving from a parking lot up a single flight of exterior stairs to a second-story condo on the weekend of May 15th. While an appliance dolly from U-Haul can handle the weight, I’m not sure that I, my fiancee, and a few friends will be able to.
Thus, we’re looking for a company that can safely ((No pun intended.)) move? a safe from a parking lot up a flight of stairs into a condo. While actual installation of the safe would be a nice perk, it’s not needed — I just need it to get up the stairs and into the condo. Any recommendations?
On the same note, if anyone knows of an equipment rental store in the area that rents stair-climbing dollys that can hold >650lbs, I’d be able to do it myself without needing a moving company.
Update: Another option: is anyone in Tucson looking for a used-but-in-excellent-condition Cannon C23 safe? Maybe we can work something out. Same goes to anyone in the Chandler/Phoenix area. It might just be easier to sell the safe rather than worry about moving it.

I’ve been following the comments on several local news websites regarding the passage of permitless carry in Arizona.
A common theme among opponents, other than the normal “blood in the streets” comments, is that they discuss various bad guys (either criminals, drunks, “rednecks”, and so on) now being able to arm themselves and committing various crimes of opportunity (road rage is commonly mentioned) against the innocent citizenry.
While no credence is given to the fact that such actions are already illegal, such a reaction (or lack thereof) is common.
I did, however, note that none of the people opposing the measure ever considered taking measures — whether carrying a firearm or not — to protect themselves. The law is designed to ease the ability of law-abiding people defend themselves, yet the thought of availing themselves of the new law didn’t occur to them.
I suppose it’s all a matter of perspective; if one believes that guns belong only in the hands of criminals and police, the thought of owning or carrying a gun for their own protection never occurs, yet if one believes that guns belongs in the hands of the law-abiding, good people that make up the majority of the population, such a thought is not difficult to envision at all.

The government recently released a report with recommendations for planning a response to a nuclear weapon being detonated in a US city.
On page 20, they describe the “no-go” zone — the region most directly affected by the nuclear blast and radiation — as follows: “The [no-go] zone might be depicted as a large concrete rubble area (with a very large hole in the middle)”
Seems like a pretty apt description to me…

According to an email I received from a state legislator, the permitless concealed carry law doesn’t apply to…get this, people who have a permit to carry a concealed firearm.
Basically, if you have a CCW permit in Arizona, you must continue to have the permit on you while carrying, as the new law does not affect or supersede the existing one regarding permits. If you don’t have a permit, you can — once the law comes into effect — carry concealed without a permit.
Go figure.
As always, open carry remains unaffected.