Today was a glorious day in Tucson. With a high of 79F, low winds, and a clear, sunny sky, it was a perfect day to go shooting.
L, an astrophysics student friend of mine, brought our mutual friends (more his friends, my acquantiances [though we’re rapidly becoming friendly]) J and A. The two of them are the inspiration for the “how to win over new shooters” post I recently wrote. J had never been shooting before, and was rather skittish about firearms. A had fired shotguns at clays many years ago, and got the crap beaten out of her shoulder by the gun.
We arrived at the range around 1:00pm, unloaded the car, paid our fees, and got our targets set up. The range was a bit busier than we’ve normally seen it — on previous outings to the range, we’ve normally gotten the entire bay to ourselves. Today, there were a few other people on the 100 yard line, but it was by no means crowded.
After getting situated, we briefly reviewed the safety rules (we had gone over them in much greater detail back at the house, so this was just a quick refresher), went over the basic operations of the suppressed Ruger 10/22, and started J and A off with two magazines of .22LR Winchester Dynapoints (accurate, subsonic, bulk-pack .22LR ammo). I think I had them hooked with the first magazine. 🙂
Among other things, we fired the Ruger MkIII .22LR pistol (alas, we couldn’t put the targets any closer than 25 yards — it is a rifle range, after all — so that was not nearly as satisfying as it should have been), both my 20″ and 16″ ARs, and A tried the M1 Garand, which she found fun but a little rough on the shoulder; J opted not to shoot it due to recoil concerns.
Some pictures were taken (with J doing most of the photographing), but most of the day was spent shooting, so we have a lot of pictures detailing a few very short time periods (like 37 pictures of A shooting one 8-round clip from the M1). Here’s a smattering of some pictures (hover your mouse over them for a brief description): 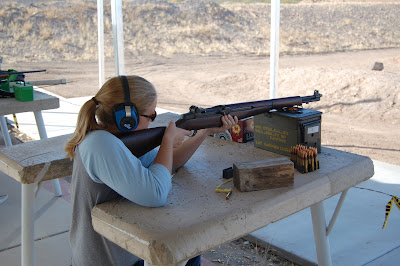 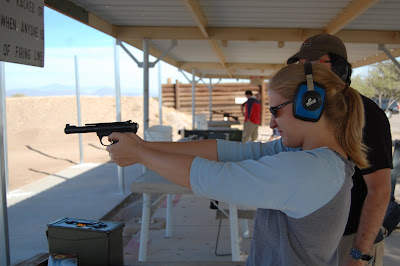 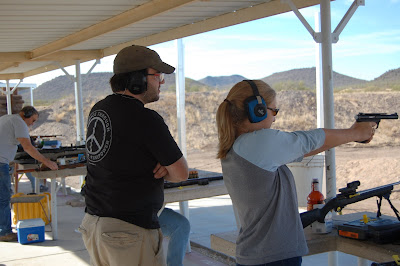 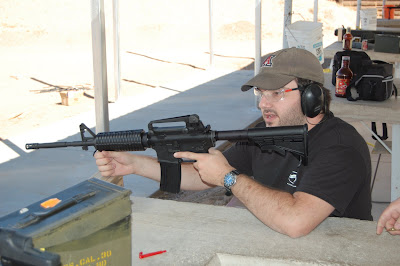 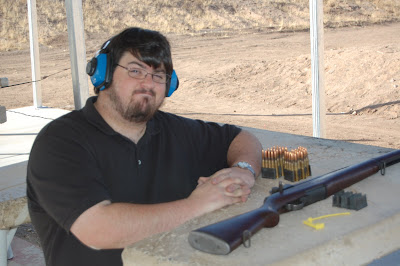 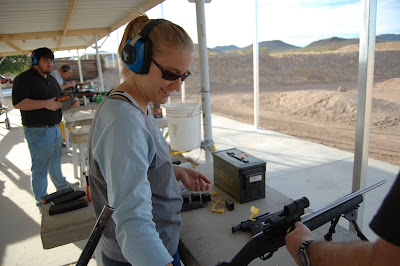 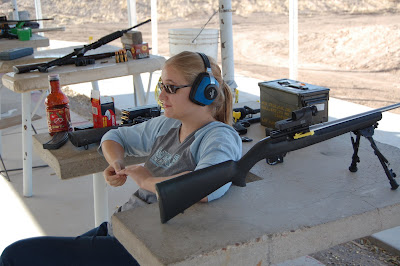 Once again, a fantastic day at the range.
Note to self: buy some sort of weighted felt-like material to lay on the concrete bench, so as to not have the concrete scratch the finish of the guns. Also, I should buy a few sandbags and a spotting scope.
Anyone have any advice on spotting scopes? I was looking at this one, as I’m a fan of reflector optics (one of the benefits of knowing a bunch of astrophysists who geek out about optics all the time), but I’m not sure.
I think I need to start referring to people by their first names, rather than merely their first initials. It’s not so bad if you have friends with names that start with “L” or “R”, but when they start with common one-letter words like “A”, it can get confusing.