I’m in Europe (Paris, to be specific), and have some internet access courtesy of the hotel where I’m staying.
Whilst in London, I observed the Changing of the Guard ceremony in Buckingham Palace and noticed something quite interesting: Singapore had a contingent of guards at the palace (they were relieved by what appeared to be members of the British Royal Air Force). The Singaporean troops were carrying chrome- or nickel-plated M16A1s, which struck me as a bit weird. 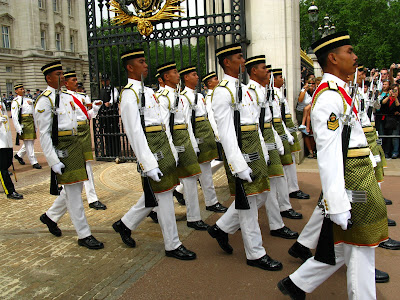 Does anyone know if these rifles could be functional if so plated, or if they’re only suitable for parades and whatnot?