I just upgraded to WordPress 2.6.1 — if you experience any problems or issues, please let me know.

School district trustees and Supt. David Thweatt deserve accolades for changing school policy to allow staff and teachers to carry concealed handguns to protect against school shootings, the Citizens Committee for the Right to Keep and Bear Arms said today.

Under this new policy, school employees who have a state-issued concealed carry permit, and permission from the school administration, may carry their guns on campus. They must be trained in crisis management and use ammunition designed to minimize ricochet inside school buildings.

The training isn’t the big deal, but rather the fact that they need permission from the administration (hopefully the permission will be “shall issue”), and the fact that special ammunition is required. Since standard FMJ and JHP rounds are unlikely to riccochet off ordinary building materials (wood, drywall, etc.), hopefully that will be permissable. It would really stink if the school required that employees carry Glaser Safety Slugs or other such ammo — while they’re useful rounds, I prefer JHPs.
Next, more work needs to be done to expand college carry — the “gun free zones” policy on college campuses hasn’t made anyone safer. Why not try something different?

I haven’t been to Sportsman’s Warehouse in a long time, so it was pleasant to visit with a few friends today, including two female friends who are interested in buying guns for themselves — one hitchhikes around (she’s the adventuresome type) and wants to have something in case she needs to protect herself, the other is interested in fun Shooty Goodness trips at the range. They got to handle a few different guns, but didn’t buy anything today.
Interestingly enough, powder prices have stayed the same over the last year or so — it’s about $21 for one pound of IMR 4064 (Is there a more versatile powder? I think not.), just as it was a year ago. Not bad for retail pricing; I’d have to buy a considerable quantity of powder online to save any money per pound, and with a limited budget I simply can’t afford to save that much money. 🙂
In addition to the pound of powder, I also picked up a 12 gauge boresnake, as my poor Mossberg 500 is in need of some attention. I haven’t cleaned it in about a year…of course it still works flawlessly, but I think it’s been long enough.
After returning, I had a date with the kitchen: a bunch of friends came over to my tiny studio apartment and we were going to make pies (I make a pretty tasty apple pie, if I do say so myself).
Unfortunately, the pie-making was delayed by an hour due to freakishly intense thunderstorms. One friend was trapped in her car in a parking lot a few blocks away due to flash-flooding of the streets around her — Tucson has very few storm drains, and flooded roads are quite common. After nearly an hour, the waters subsided enough for her to travel the few remaining blocks to my apartment. 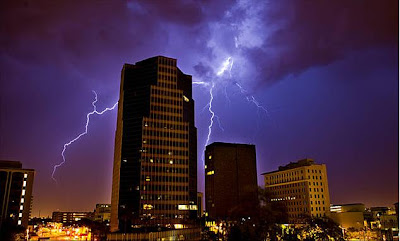 (Photo credit: Tucson Citizen)
Another friend was delayed as the storms prevented him from crossing the 100 yard distance separating our two apartment complexes. The rains were simply too intense, and the lightning too close.
In getting from their cars to my apartment (maybe a 25 yard walk), a few friends got extremely soaked (I said the rain was intense!) and had to borrow some clean, dry clothes. Fortunately, I just did laundry the other day, so I had plenty…though it was rather amusing to see two slender females wearing me-sized t-shirts and shorts. My garments were entirely too large, but they were evidently preferable than wet clothes.
During most storms, I take no additional precautions, but this one was different. My Honda generator was prepared and waiting by the door, computers were shut down and unplugged, and the only things plugged in were the lights, fish tank stuff, and the electric ignitor for my gas oven. One of the lights was plugged into a UPS so that if the power was to go out, there would be sufficient light for us to locate the flashlights and get the generator running. Fortunately, the power only flickered a few times, but never actually went out. My compliments to Tucson Electric Power.
I also need to find a way to protect the generator from the elements while it’s outside. During moderate storms, I have it sit under the overhang outside, where it’s protected from falling rain. However, with the intensity of the wind this evening, there was no place untouched by rain. I should look into securing a small umbrella to the generator with duct tape, so as to keep water away from its sensitive parts.
I discovered a troublesome vulnerability with my apartment: intense wind-driven rain can flood the track in my sliding window, and thus flow into the apartment itself. It required several towels to absorb the incoming water, though at the time it was not possible to actually stop the water from entering in the first place. When the rain subsided a little, I fashioned a small deflector shield with duct tape and affixed it to the outside of the window so as to direct rainwater away from the window track. This seems to have been successful: when the rain returned later, it did not enter the apartment. Since I rarely open the window (air conditioning doesn’t work well with an open window, and I use AC about 80% of the year), I should see if there’s a better, semi-permanent way of sealing the window track. Any suggestions?
As for the pie, my friend Louis made his chilled pumpkin cream pie, which was quite delicious. Since it’s a “cold” pie, no cooking was necessary — simply combine the ingredients, mix, and place in the freezer for an hour or so. My apple pie was moderately good, but in my haste (never make pie when hungry!) I prepared it in a somewhat sub-standard way: the butter in the handmade crust was not distributed evening, and so there were a few spots in the crust with excess butter. Additionally, we ate the pie shortly after it came out of the oven, so it didn’t have time to cool properly, and so lacked some of the distinct apple pie texture. Oh well. It seemed to go over well with the guests, particularly when combined with Blue Moon.
More smokeless powder, a big storm, friendly guests, tasty pies, and ale: what more can one ask for?

The AP reports on this story for Helena, Arkansas of all places:

Officers armed with military rifles have been stopping and questioning passers-by in a neighborhood plagued by violence that’s been under a 24-hour curfew for a week.

Hmm. Ok, the rifles are a bit much and questioning passers-by seems borderline, but if this were happening in my town, I probably wouldn’t be bothered to write a letter to the mayor or the local newspaper.
However, when the mayor says the following…

“The citizens deserve peace, that some infringement on constitutional rights is OK and we have not violated anything as far as the Constitution.”

(emphasis mine)
…I get angry. (Cue “The Hulk” quotes.)
Any government official or employee who says that infringing on the Constitution — even to the slightest degree — is OK should be immediately fired from their job. While the official is clearing out their desk, the citizenry should be warming up the vats of tar and opening containers of feathers.

“As far as I’m concerned, at 3 o’clock in the morning, nobody has any business being on the street, except the law,” Councilman Eugene “Red” Johnson said. “Anyone out at 3 o’clock shouldn’t be out on the street, unless you’re going to the hospital.”

If a citizen is going about his business, regardless of the time, and is not disturbing anyone else, then it’s none of your damn business what that citizen’s business is. If someone wishes to have a 3am constitutional (no pun intended) and enjoy a walk about the town, you have no authority to stop them, question them, or have anything to do with them at all, Mr. Johnson. Standing peaceably in a public place is not a crime.
The ACLU is getting involved, as they should be. This is simply intolerable — didn’t we fight a big war against fascism a few decades ago? Why are we allowing even the smallest bit of it in our own country? Yes, crime sucks, but a police state is not the answer.

ColtCCO is a good guy, but seems to have nothing but trouble when it comes to interactions with the police.
In this particular case, the Gallatin, TN police police confiscated his $1,500 1911 pistol and have yet to return it, claiming they need several weeks to perform a “stolen gun check” prior to releasing it to him. This is bogus, as an NCIC check takes but a few seconds (including typing time).
Something seems fishy.
Update: The Gallatin PD seems to be doing a full ATF trace on the firearm, not just an NCIC check. The NRA’s on the case, and there’s been a bunch of publicity. Hopefully this works out all right.

I wrote to my ISP (a major cable company) yesterday informing them that they were vulnerable to a serious security exploit and that they had not yet patched their systems (even though patches had been out for some time).
On the first line of my message was the statement “Please direct this to your security/network operations staff. Front-line customer support will be unable to address this serious security problem.”
I received their response today: “We apologize for your connectivity problems (?!). Please reset your cable modem.”
Idiots. I wrote back, LARTed them for not actually reading my message, and again requested that they direct the message to the suitable department. We’ll see what happens.
I know that customer support folks have to deal with a lot of crap from users (I know, I’ve been there), but this is a serious security issue and there’s no other means that I know of to contact their security staff.
Is it too much to ask that they actually read my message before replying with boilerplate?

The AR-57 looks really interesting. It’s an upper receiver that allows one to shoot 5.7x28mm ammo (the same as the FN Five-seveN and P90) from an AR-15 platform.
It takes standard P90 magazines on the top of the handguard. From the pictures on their site, the magazines don’t come up any higher than the optics rail.
According to the discussion at AR15.com, it shoots well. It also drops spent cases out of the magwell, which should make for easy gathering of one’s brass, as 5.7mm is crazy expensive.
Hat tip to Uncle, along with his suggestion to use a Crown Royal bag with a rubber band to catch the brass.

This will leave a mark:

(Skip to 1:45 for the good stuff.)
This looks like a fairly significant BLEVE. Ouch.
I hope any readers in Toronto are all right.

Last night, my girlfriend and I attended a housewarming party for some friends of mine in Tucson.
In the middle of the party one of my friends approached me and asked, “When can we go shooting again? I’ve only been twice!” My girlfriend also wants to go again — I live in Tucson (finishing up my degree) and she lives in the Phoenix area, and so it’s not often that we have enough time together for Shooty Goodness.
Hopefully there’ll be more Shooty Goodness pictures in the near future. 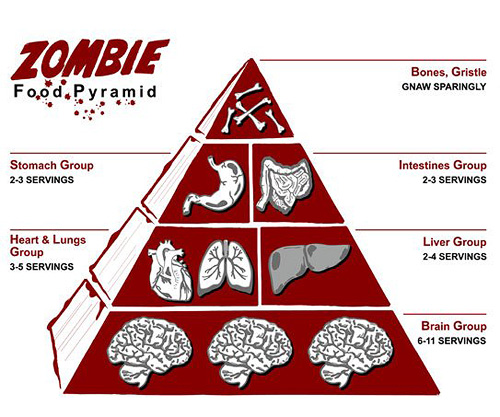 Source unknown. If you know who created this image, please let me know so I can credit them appropriately.